GCPA is a nationally recognized trade organization promoting competitive power production and delivery for all. NAEMA is an independent, nonprofit trade association representing entities involved in the buying and selling of energy or in providing services to the energy industry.

As a member of both organizations, CAMS brings over 51,000 MW of generating capacity, 75 industry best practice awards and experience with over 100 power plants, 165 solar projects, 18 wind projects and 12 battery storage projects.

CAMS joins 100+ corporate members and 200+ individual members in GCPA representing nearly every segment of the electric power industry. The company connects with more than 140 NAEMA members who own and operate over 700,000 megawatts (MW) of generating capacity and serve over 150 million electric and gas customers throughout the U.S. and numerous Canadian provinces.

GCPA has served Texas and the Gulf Coast for almost 30 years as a regional electric power trade organization dedicated to promoting an improved understanding of the issues and opportunities impacting contemporary power markets. NAEMA works to promote an informed, efficient and open energy marketplace throughout North America.

Both organizations provide platforms for educational, networking and business development opportunities. GCPA’s Spring and Fall Conferences are the largest gatherings of electric power professionals in the region and attract over 1,200 registrants annually.

HOUSTON – Consolidated Asset Management Services (CAMS), a fully-integrated service provider for owners of energy infrastructure assets, has been named as one of Houston’s Best and Brightest Companies to Work For® by the National Association for Business Resources (NABR).

“We are thrilled to be selected to the Best and Brightest Companies to Work For® list,” said CEO and Founder Joseph W. Sutton. “Our highly experienced team is CAMS’ greatest asset, and we are grateful for our hardworking employees who are, quite simply, the best at what they do. This recognition reflects our talented and dedicated workforce who take pride in delivering innovative ideas and value to our clients.”

With over 20 years of experience conducting the Best and Brightest competitions, the NABR has identified numerous best human resource practices and provided benchmarking for companies that continue to be leaders in employment standards.

“The Best and Brightest is a powerful community of elite leaders who share ideas and practices and have proven they are employers of choice,” said Jennifer Kluge, President, and CEO, Best and Brightest Programs. “Best and Brightest winning companies have also been a voice for important actions in creating a sustainable culture that works, ensuring the wellbeing of their employees come first.”

RE+ Northeast is powered by the Solar Energy Industries Association (SEIA) and Smart Electric Power Alliance (SEPA). RE+ Northeast was designed to serve and advance the solar+storage market by bringing together buyers and suppliers in solar and energy storage to explore business solutions, new technologies, policy initiatives, and other market factors.

CAMS is one of the largest third-party battery O&M providers in the country. Contact us and setup a meeting at the conference to learn more. Li Doyle, vice president of business development will represent CAMS at this event.

Aerogy recently announced that it had successfully co-developed, closed financing and commenced construction on an anaerobic digestion facility at a leading dairy producer, Zahn’s Farm, located near Gillett, Wisc. The facility will convert manure into RNG and is anticipated to produce over 200,000 MMBTu of RNG per year.

“We are excited to continue our partnership with Macquarie Capital and its portfolio companies,” said Jeff Sommers, CAMS Chief Financial Officer. “We look forward to helping Aerogy and its owners achieve their goals and continued growth.”

To learn more about Aerogy and the Zahn’s farm facility, visit www.aerogyenergy.com.

NAPE is the energy industry’s marketplace for the buying, selling and trading of prospects and producing properties. NAPE brings together all industry disciplines; draws in decision-makers; focuses its participation on prospect generators; and hosts companies of all sizes, from small independents to majors. With the addition of renewable energy sources to our oil and gas offerings, NAPE is the ultimate venue for energy deals.

Representing CAMS at NAPE will be:

Contact us at one of the links above to schedule a meeting in Houston! 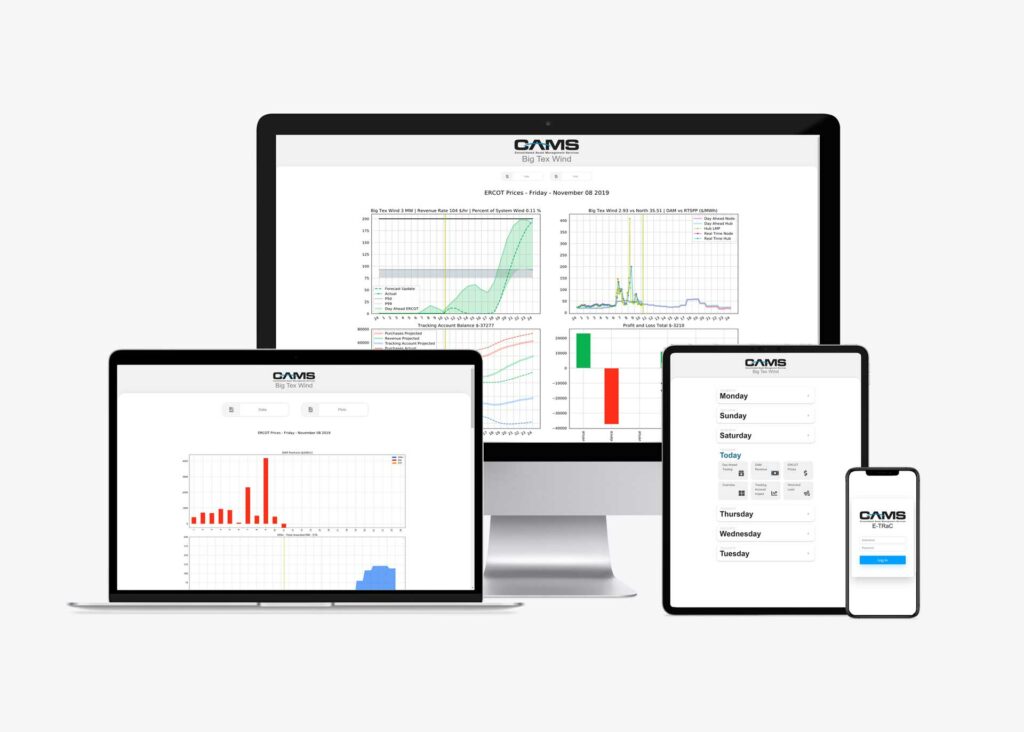 Our optimization service increases returns and limits risk, making it the best choice to maximize efficiency and profitably. 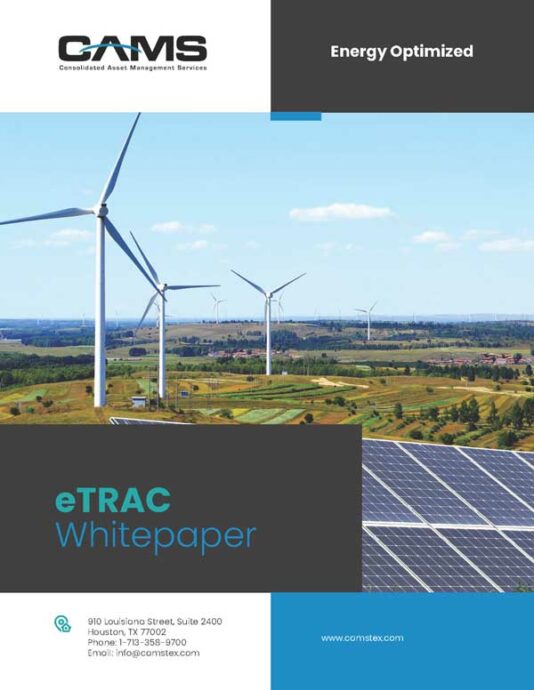 Fill out the form to download our white paper

CAMS built eTRAC after observing that our clients who were asset owners did not have access to succinct and real-time information on the financial and operational performance of individual assets. eTRAC addresses that deficiency by combining information including market pricing and other data, an asset’s contractual structure, and operational performance to create easily digestible views. 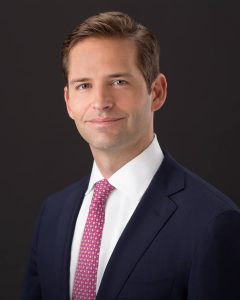 HOUSTON – (BUSINESS WIRE) – Consolidated Asset Management Services (CAMS), a fully-integrated service provider for owners of energy infrastructure assets, is proud to announce that Brian Ivany was recognized by Hart Energy as one of its “Impactful Veterans in Energy.” The program highlights leadership and contributions made in the energy industry by military veterans.

Determined to make a difference for his country, Ivany decided to join the army in the aftermath of the 9/11 attacks.

“In the wake of the terrorist attacks of Sept. 11, 2001, I felt compelled to serve our nation,” he said. “At the time, I was a junior in high school. I decided to attend the United States Military Academy at West Point. It enabled me to serve my country upon graduation and provided me the opportunity to learn from many of our nation’s most talented soldiers.”

Ivany graduated from the United States Military Academy at West Point with a degree in systems engineering. He served five years in the Army, deployed twice to Iraq in support of Operation Iraqi Freedom and Operation New Dawn, and earned a Bronze Star, Ranger and Airborne Tabs. Upon returning to the U.S., Ivany earned his MBA from Georgetown University.

In 2014, Ivany began his career at CAMS as a financial associate. He was also manager of the CAMS business development team and served a short stint as vice president of CAMS Exploration & Production (E&P) before being promoted to president.

Ivany currently leads CAMS’ Renewable Services. He spearheaded the company’s expansion into the battery energy storage systems sector, securing operations and maintenance agreements for 300 MW of storage capacity in ERCOT. He has supported the acquisitions and divestitures of numerous energy assets and service companies on behalf of several private-equity-backed portfolio companies and their capital sponsors.

Outside of CAMS, Ivany serves on the board of directors for Renewable Energy Alliance Houston (REAL Houston) and was a board member for several local non-profits including Combined Arms, Young Catholic Professionals and the West Point Alumni Association. According to Ivany, Combined Arms is a veteran-focused non-profit organization headquartered in Houston that works to accelerate the transition from military to civilian life for members of all branches of the military.

Ivany was nominated by CAMS as distinguishing himself through leadership, exceptional passion for problem-solving, and as a trailblazer for his potential impact on the future of the industry.

In lieu of an in-person event, Hart Energy celebrates the selected veterans with an “Impactful Veterans in Energy” microsite, which can be viewed here. Additionally, all honorees are recognized online and in the January 2022 issue of Oil and Gas Investor.

A veteran-led company, CAMS is committed to supporting and providing opportunities for former members of the armed forces. In fact, veterans comprise over 40% of our workforce. We recognize their unrivalled experience, skills, and leadership abilities and appreciate their immense contributions to delivering creative solutions to our clients.

An industry leader, CAMS has been awarded 75 CCJ best practices awards since 2013.

“We are pleased to see our incredible teams consistently recognized for the value we provide our facilities and respective owners,” said R. Eric Garrett, CAMS Executive Vice President of Operations. “Our best-in-class operations really demonstrate our relentless commitment to reliability and sustainability while proactively reducing costs and increasing efficiencies to deliver results.”

CCJ’s annual Best Practices Awards recognize contributions made by plant and office personnel to improve the safety and performance of generating facilities powered by gas turbines. Of the more than 30 plants participating in the 2021 program, only eight were selected by industry experts for Best of the Best honors. CCJ launched the industry-wide Best Practices Awards program in 2004.

Woodbridge is a 725-megawatt (MW), natural gas-fueled, combined-cycle power generation facility located in Woodbridge Township, N.J., that is operated by CAMS and owned by Competitive Power Ventures. The plant features two GE fast-start 7F 5-Series gas turbines and a D-11A steam turbine with associated generators. It was evaluated on the following innovations and best practices:

For the complete CCJ Best Practices announcement, visit page 84 of issue 68 at www.CCJ-online.com.

It was the first time they were able to provide in-person delivery to these communities since the COVID-19 pandemic began. The deliveries will help hundreds of families over the holiday season in the four counties surrounding the power generation station.

“It was good to get back to some normalcy being able to hand deliver food to these communities,” said James Dustin Ketchem, Lawrenceburg Power’s O&M Superintendent. “Once again, this year the cupboards were bare when we arrived, and we left them full. We’re grateful to be able to support this charity and help our local communities each year.”

Lawrenceburg has delivered canned goods with People Helping People for several years. Last year, due to COVID, employees of the plant were still able to provide the communities with monetary donations. One recipient, Versailles Legion, used the money to support 50 families with grocery cards and provide shoes for 100 kids in the local community.

People Helping People is a poverty alleviation nonprofit organization in Southeast Indiana. It started in 1988 and has been based out of Lawrenceburg since 2015.

“We are proud to be part of HBJ’s list of largest Houston-area cybersecurity companies in 2021,” said Jimmy Wyble, president of CAMS Bluewire. “Last year wasn’t an easy one, but we still managed to earn a spot among the market leaders in cybersecurity. This is evidence of our drive, dedication and the collective efforts of our team members to continuously grow and serve the greater Houston area and beyond for years to come.”

Bluewire is a full-service IT support and consulting firm headquartered with CAMS at 910 Louisiana Street in downtown Houston. It delivers managed services, phone systems, hosting, cybersecurity and consulting services nationwide.

Bluewire was established in 2002 and then acquired by CAMS in 2007. The company was named to the 2013 INC. 5000 List of The Fastest Growing Companies in America and HBJ’s 2014 List of Largest Houston-area Computer Network and System Integrators.